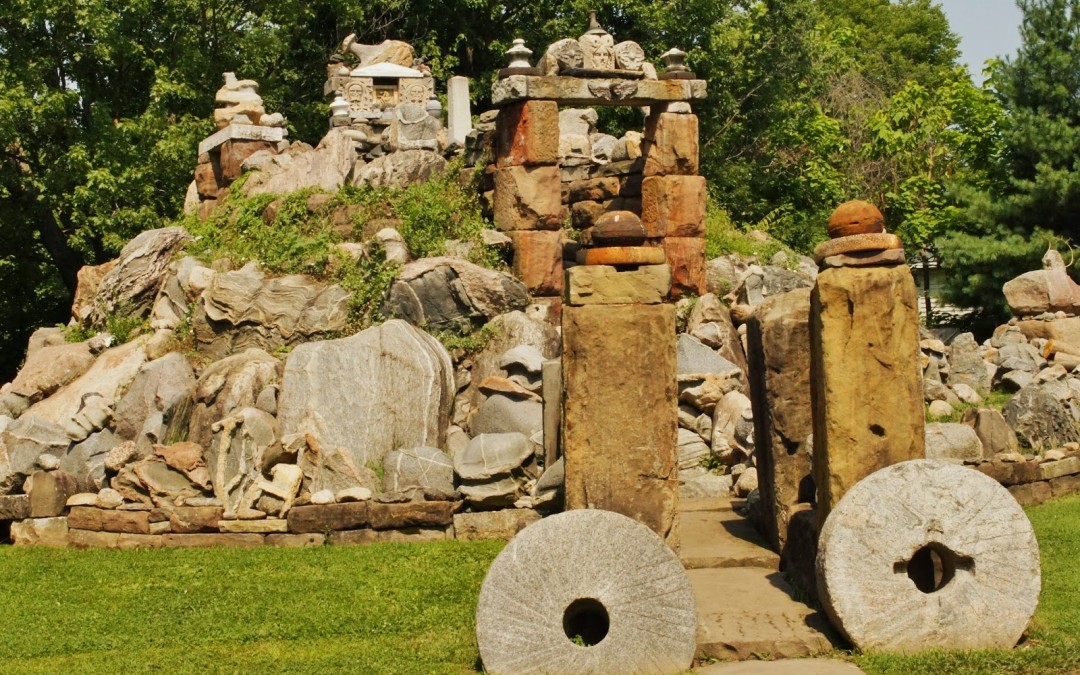 The Temple of Tolerance is an amazing hidden gem in the small town of Wapakoneta. If you’re ever in the area, you have to see it!

The Temple of Tolerance is one name for it. Many locals also call it simply “the Rock Garden” – yet neither name does it any justice.

The Rock Garden/Temple of Tolerance is a huge garden of rocks and antiques that you could get lost in. The front of it is a house that sits at the address of 203 South Wood Street.

You really can’t miss the house. It might seem run-down by some or very, very weird to others, but most think it’s just awesome. Vines and plants seem to run rampant and yet they’re very cleverly maintained. Interesting old items like a bomb from WWII are displayed from the front porch. Cast iron, high quality iron fences and gates combine to give the place an almost eerie look.

And yet it’s so inviting at the same time. Those that have an adventurous streak in them will giddily open the gates and proceed down various trails. If you do so, here’s a glimpse of what you might experience… 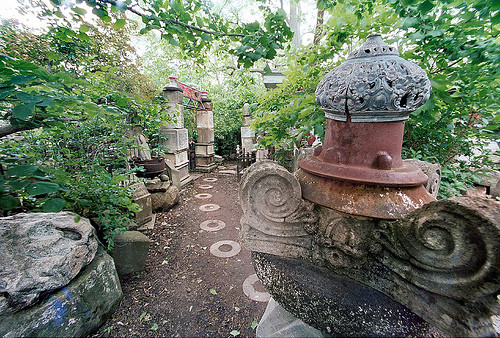 You will see amazing displays of rocks all along the trails. There are many spots to sit down and simply “be” among all the rocks and artifacts.

If you go far enough, the trails will lead to a more open area with a huge Temple in the middle of it. Climb up to the top and you will be amazed at the structure and just how high up you are. This is the Temple of Tolerance.

The goal of the Temple of Tolerance is something like this… that no matter what religion or philosophy you ascribe to, we should all get along and be able to tolerate each other without killing or being mean to one another. 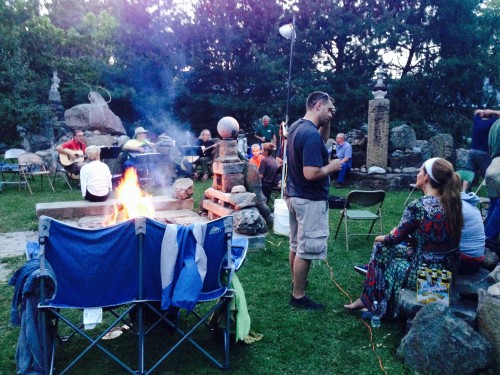 The Rock Garden with a bonfire, alive with music and people; an experience to behold and be part of!

The rock garden is built in one man’s backyard as well as a few other acres in the middle of a block donated over time.

Jim and Walt Bowsher, two brothers, built the entire rock garden over a period of 18 years. They’re still adding to it and if you come back frequently you’ll spot little things added here and there.

They are collectors of stories and every single rock there has a story. Jim Bowsher, who lives at the house in front of the rock garden, will frequently make the rounds and tell visitors amusing and amazing stories of all types of things – typically historical and frequently about something that can be found right there in the garden.

There’s all sorts of interesting stuff like the door cell that once housed John Dillinger when he was imprisoned nearby. There’s also a huge barrel that a family once lived in for a short time in the early 1900s. There’s a rock from Woodstock, a bank counter that John Dillinger once leapt over and the front step from the former Ku Klux Klan headquarters in Wapakoneta. This last one Jim asks black people to sit on so that they can liberate it. (See this Roadside America story for more.) 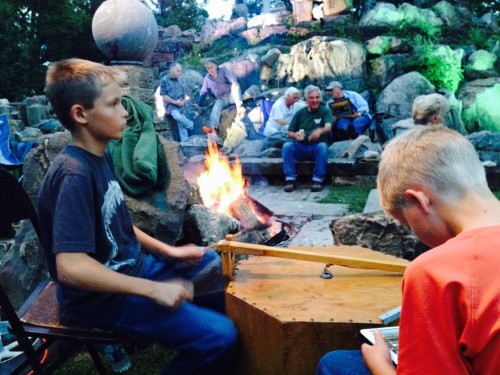 Kids playing drums on a wonderful Thursday night in Wapak.

Geologists will be amazed at the variety of stones in the garden. One piece of rock actually glows brightly in the morning sun. Believe it or not, but each rock is actually photographed and cross-referenced.

During the warmer months, weather permitting, a bonfire is made and people are invited to come make music and listen to music. Many musicians bring their acoustic guitars, Walt Bowsher is frequently heard playing his upright bass, some box drums or bongos come out as well as harmonicas. You can even hear the occasional fiddle or horn instrument. It’s a beautiful thing as the music is made among the rocks. 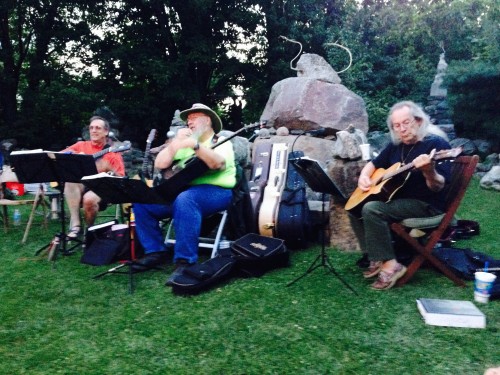 Some of the regular guitar players that entertain each other and the audiences.

There’s so much more to say about the Temple of Tolerance/Rock Garden! We plan to post more about it but for now suffice to say that you have to get there. It’s definitely a bucket-list item for those visiting Wapakoneta.

Here’s where it is on a map:

Put your heart, mind, and soul into even your smallest acts. This is the secret of success.~Swami Sivananda